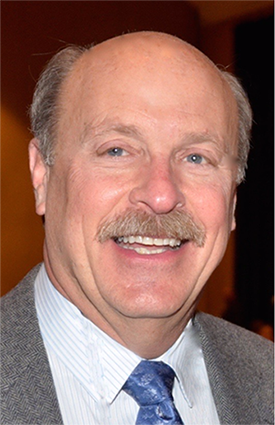 Roy Sonkin is a family practice dentist in Elmont, New York, receiving his DDS degree from New York University College of Dentistry in 1976. Presently he serves as Deputy Chief (Citywide) Forensic Odontologist for the Office of Chief Medical Examiner, City of New York, and as the Assistant Director of NYC’s Medical Examiner’s Special Operations Response Team (MESORT). He has served as Tour Commander for World Trade Center and American Airlines Flight 587 disasters. Academically, he is an Assistant Clinical Professor at NYUCD in the Department of Cariology and Comprehensive Care and former Clinical Director of the NYUCD Outreach Program to the Dominican Republic. In addition to his teaching positions and private practice, Dr. Sonkin is the Deputy Commander of DMORT Region 2, and was deployed to the World Trade Center disaster and Hurricanes Katrina and Rita both Louisiana and Mississippi and most recently Hurricane Maria in Puerto Rico.

He is a Fellow of the American Academy of Forensic Sciences (AAFS), Past President of the American Society of Forensic Odontology (ASFO) and a member of Kenyon Worldwide Disaster Management Team. Dr. Sonkin Is a Fellow in the International Congress of Oral Implantologists (ICOI), and a Fellow in the International Academy of Dental Facial Esthetics (IADFE). He also serves as a consultant to the NDIR Panel by the Federal Bureau of Investigation, New York State Police and is on the Attending Medical Staff at North Shore/LIJ and NYU/Winthrop University Hospitals. He is a member of the NYC Department of Health and Nassau County Medical Reserve Corps. Dr. Sonkin is the recipient of the Gosta Gustafson Award, the New York State Senate Liberty Award and Certificate of Recognition by the United States Congress.

© Smiles in the Sun. All Rights Reserved. | Accessibility Policy